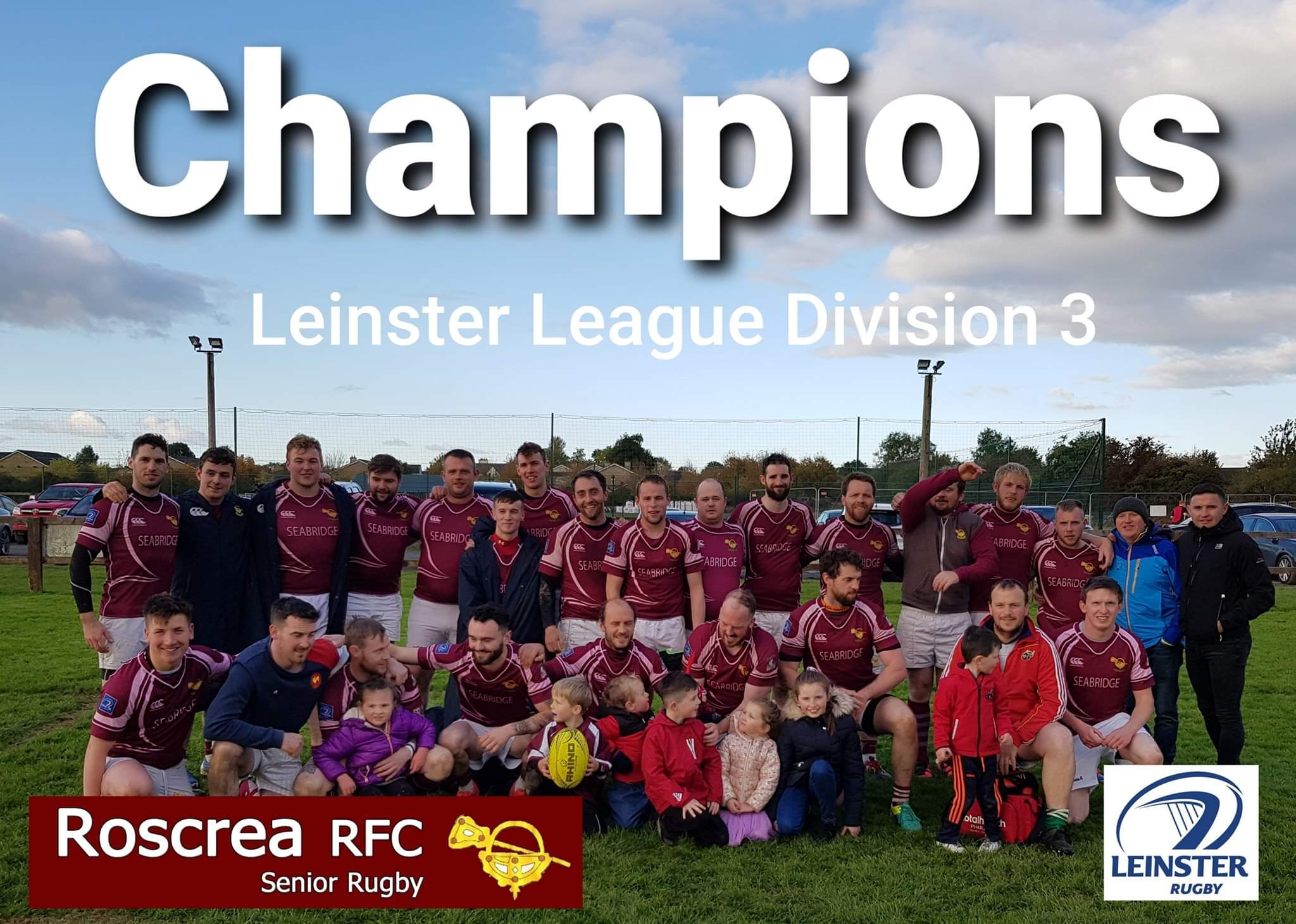 Passion, pride, resilience, determination, respect and an indomitable will to win. After a season of hard yards, fighting the elements, unfortunate points deductions and a series of euphoric victories. The Roscrea RFC senior team were crowned Leinster league division 3 champions without even kicking a ball on the last weekend of the season. With 1 game to play and 4 points ahead, Swords RFC conceded the game and in turn the points in their scheduled fixture and immediately made Roscrea RFC de facto winners of the league. Perhaps a touch anti-climactic, but in truth the accolade was all but mathematically secured  already, as the Roscrea RFC senior team have performed what many veteran club members have considered to be the perfect season!

When Roscrea RFC senior team head coach John Maher started to plan for the 2019/20 season as far back as last summer. He had one primary focus, to build a squad to win the league. It seems like a simple plan, but to achieve the objective, there were a lot of variables that had to come together. John Maher is the type of coach who concentrates on the little details, the small percentages that can accumulatively influence a game in a huge way. Getting the small things right, fine tuning them in training and subsequently applying them in a game situation is something that all coaches aspire to. However, this has become a significant hall marks of this team and has been evident throughout the season, particularly and tellingly in the uncompromising nature of their defence. To play an entire season of 14 games and only concede 10 tries tells its own story, but never the full story. There are simply no easy tries conceded by this team, they defend as a unit with a huge emphasis on rapid line speed and dominant tackling, counter rucking when the opportunity arises is focused and aggressive. In attack, measured composure has been the key factor in the impressive proliferation of tries scored throughout the season. The pack have gained yards the hard way when the circumstances have deemed it necessary. A strong positive scrum and a line out setup that has been clinical when in possession and disruptive when in defence have provided the basic building blocks for forward momentum. Possession is everything at this level and what you do with the ball when you have it defines a game and its result. In this regard the Roscrea backs have been imperious, using width when the opportunity reveals itself and keeping it tight when compact phased play is the correct option. The teams kicking game has been a consistent source of strength in terms of attack and strategically in relieving pressure in defence. All these things have been crucial components in what has been an excellent season but having a solid game plan is only ever aspirational without the personnel to apply it. This is where the current Roscrea team has been instrumental. Squad depth has kept enthusiasm and competition for places at the required level, while plenty of experience alongside youthful exuberance has provided a good balance.

After last weeks win in the towns cup against Balbriggan, Roscrea will travel to 1st division Wicklow RFC on March 15th in the 2nd round of the competition. After that, who knows, but whatever the outcome John Maher and his coaching team will have plenty of planning and preparation in the months ahead for next seasons adventures in division 2b of the leinster league. Everyone at the club is looking forward to another roller-coaster of a season, we wouldn’t have it any other way! 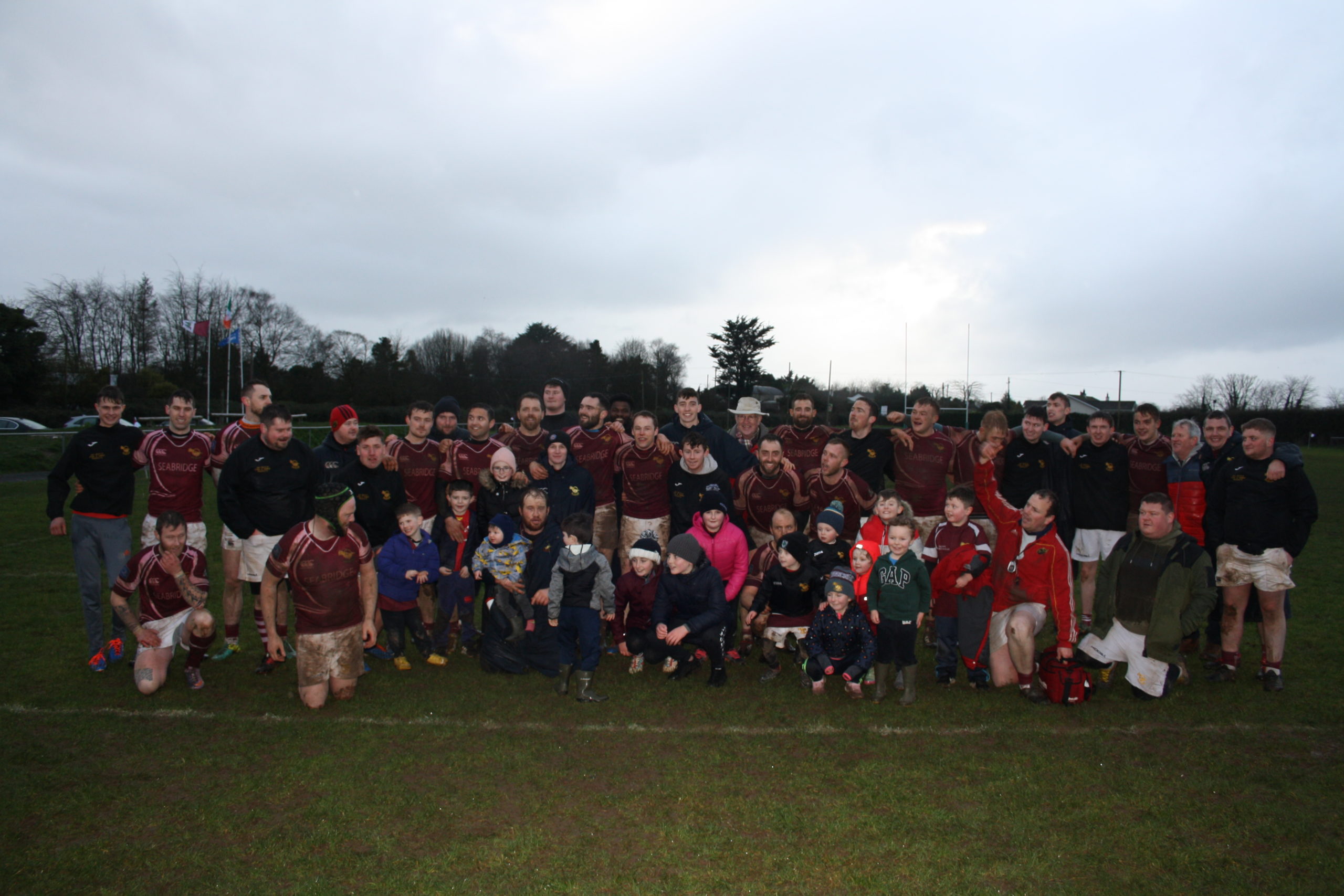