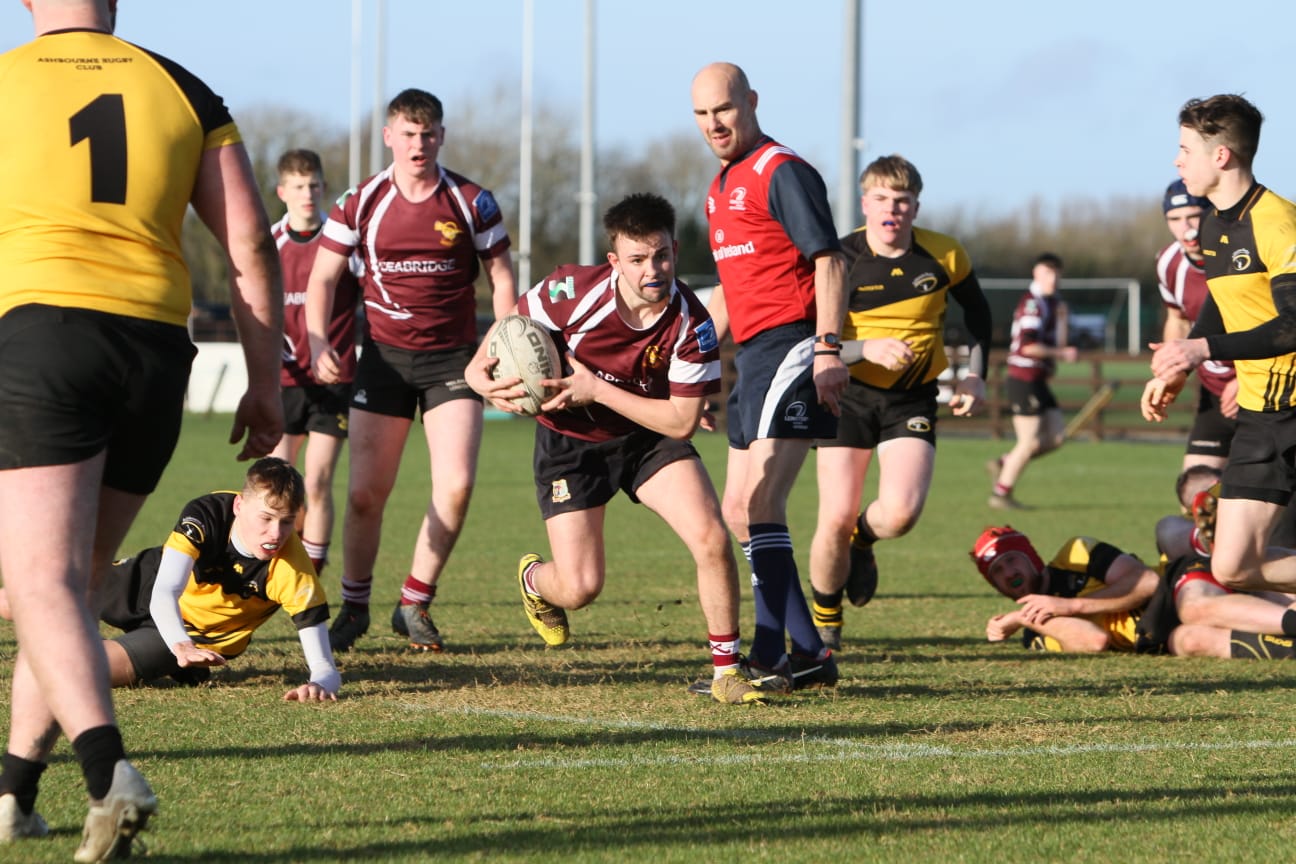 After the previous week’s superb performance and subsequent victory in Streamstown against a very strong Newbridge RFC, the Roscrea RFC u18s travelled to high flying Ashbourne RFC for a 12:00pm kick off on Sunday January 12th. Dave Pearson’s men have been in imperious form this season, narrowly beaten on only one occasion at this stage of the season and consistently performing to a very high standard. Their success has been built on the back of a collective positivity and diligence in training. This has transferred perfectly to the playing pitch where the team performs as they are coached, with determination and an ability to adapt to the situation and conditions seamlessly. However, the leinster youths league is very competitive and unfortunately for the men in maroon the trip to Ashbourne RFC would yield no reward. Although losing to a score line of 30 – 17, the Roscrea men put in a valiant effort with some super spells in attack and defence. Tries on the day were scored by prop Oran O’Reilly, centre Michael Lown and second row Tadhg Hogan while Scott Pearson kicked a conversion. Afterwards coach Scott Fairbrother thanked the hosts for their hospitality and congratulated the Ashbourne team, he also paid tribute to Niall Calvert who made his debut for Roscrea RFC. 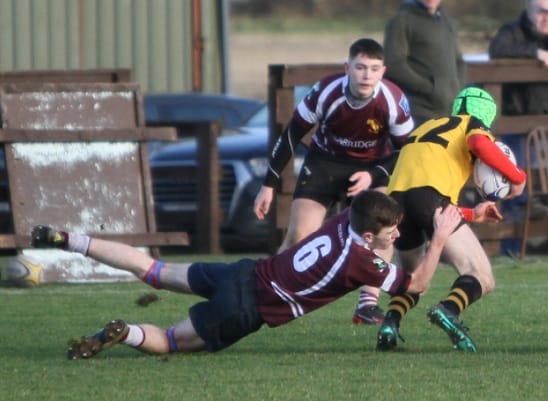