On Friday February 21st the Roscrea RFC boys  U14’s travelled to Coolmine RFC for an evening match under lights. From the kick off, not only did the Roscrea team face a battle against a strong and well trained Coolmine RFC but also met challenging weather conditions. With torrential rain and strong winds it added a extra dimension of difficulity for both teams.  Roscrea were missing team Captain Harry Loughnane and a number of other experienced players. However William Hayes’s team have a strong panel and Vice Captain Joseph Stapleton took on the leadership role where he led his Pack gallantly in an epic battle up front. As always the Roscrea forwards gave their backs a great platform to play off. They rucked aggressively and accurately  and provided plenty of momentum. It was a tough evening for any backline, however the Roscrea backs were in imperious form and when they moved the ball they looked extremely dangerous. Roscrea had a new Outhalf for the evening with the escellent Fionn Carney who normally plays at full back taking control of the back line. Fionn directed the game with the veritable finesse of a young Ronan O’Gara using his boot beautifully to gain field possession for Roscrea. He kicked decisively and pushed the Coolmine team back on numerous occasions making gains in territory with every touch. The Roscrea backs were outstanding in both attack and defence with super line speed preventing Coolmine playing their preferred style of game as they were unable to break through Roscrea’s stubborn defensive line.

The Roscrea’s centre partnership of Robert Carney and Billy Hayes were outstanding scoring all three tries. Robert Carney with 2 and Billy Hayes with another excellent score. Fionn Carney kicked all three conversions, two of which were 5 meters from the touch line in gale force winds. These were kicks that any International player would be proud of.

The much coveted “Best Effort Award” went to Ciaran O’Shea who had a super game at fullback in very tough conditions.

Afterwards Roscrea Head Coach William Hayes thanked Coolmine RFC for a great game. He also paid special tribute to the travelling support who give so much encouragement to the team.

This win puts Roscrea in an excellent position, on top of the Leinster Schools Youth League with 16 points, 8 points ahead of 2nd place Clondalkin. 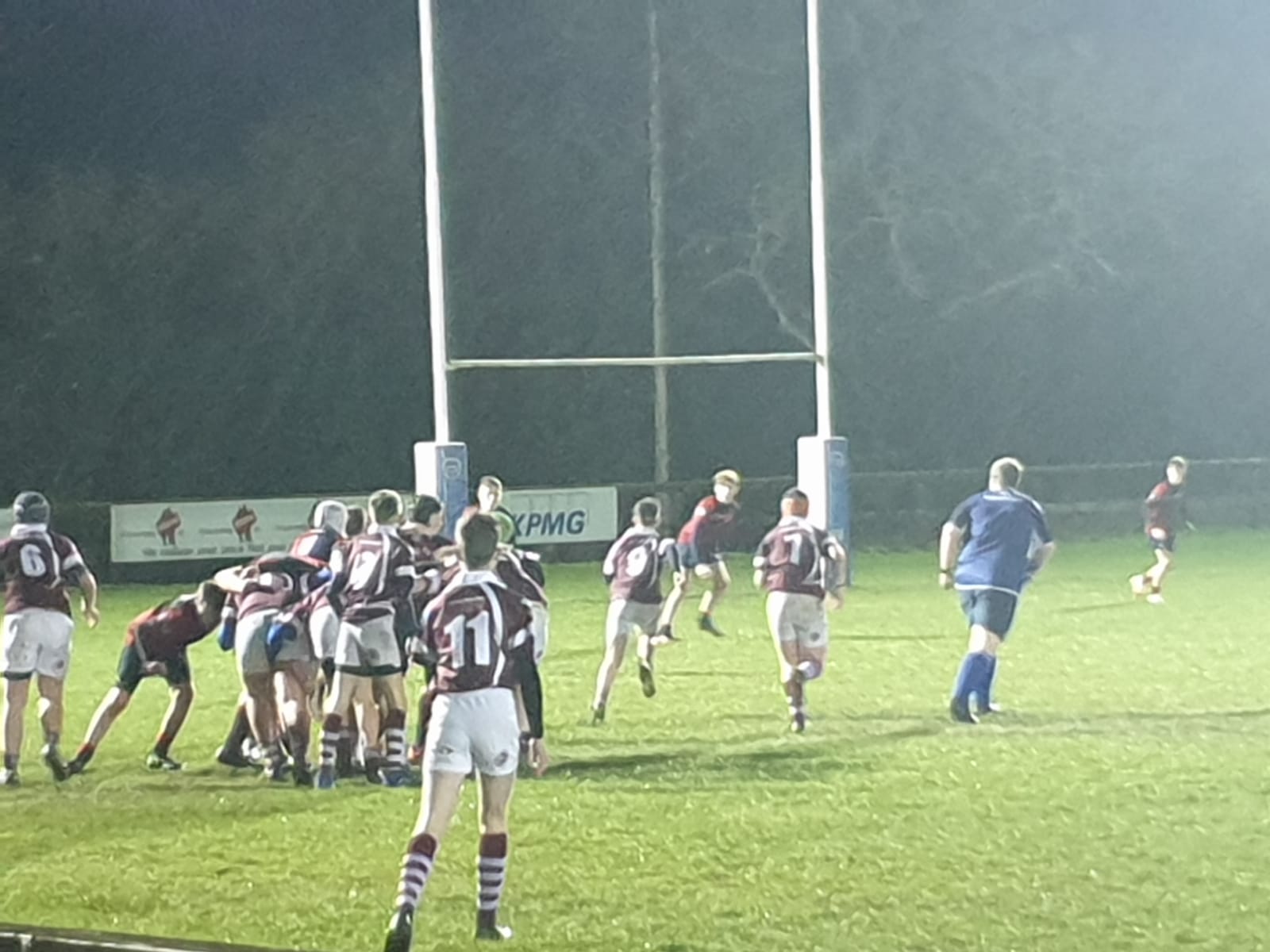 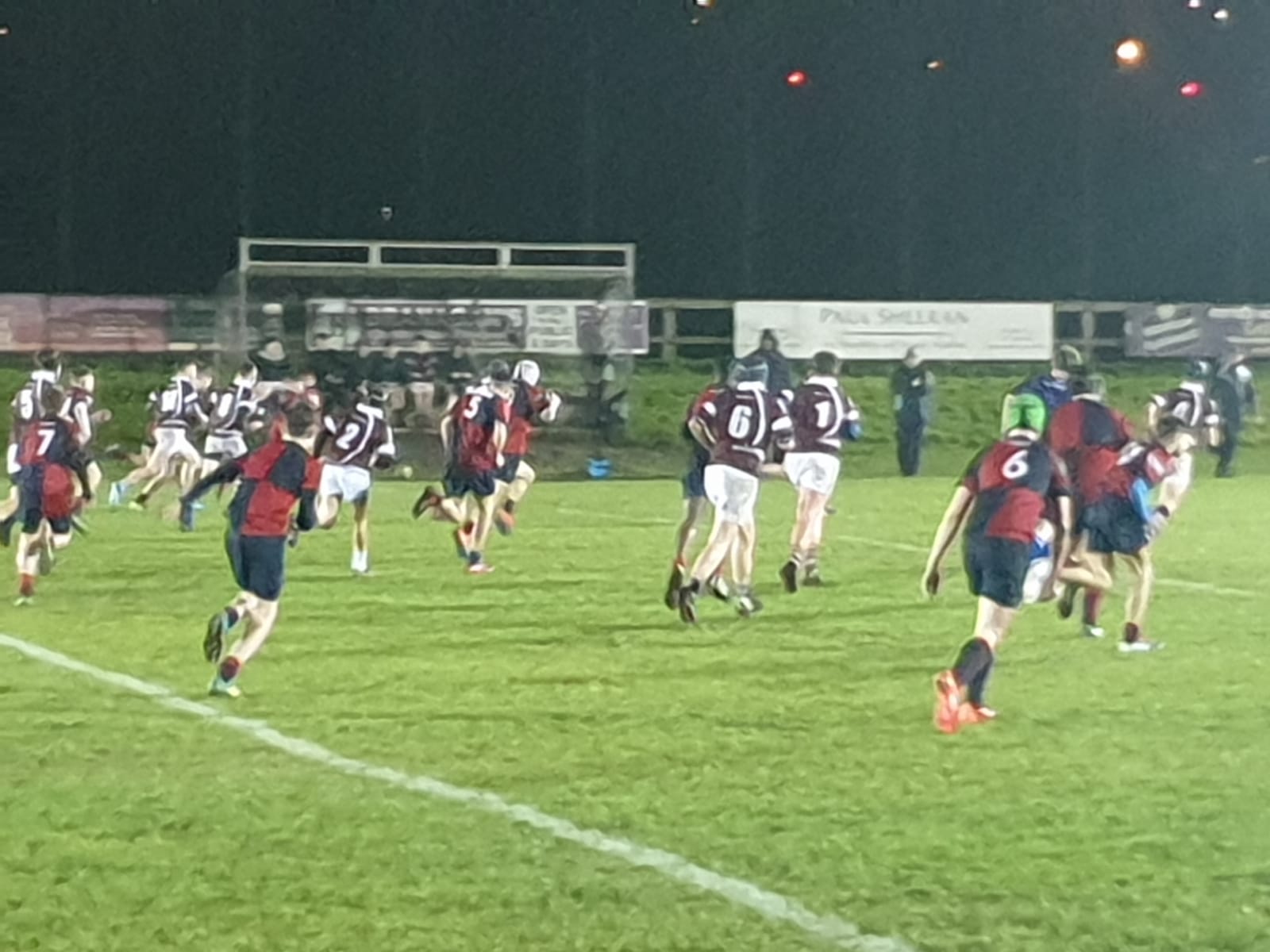